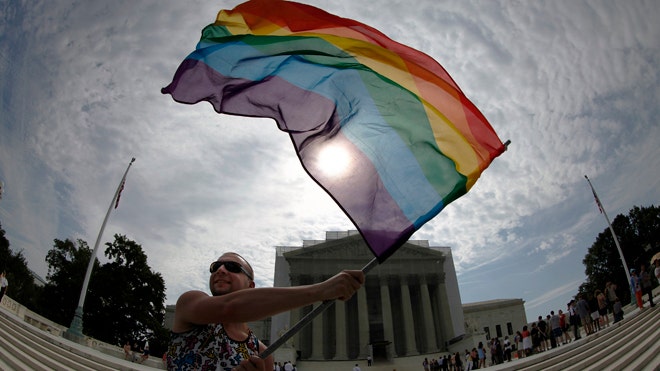 As legislators, we have two primary duties: uphold the Constitution, and protect the rights and interests of residents. I filter everything I do – every bill I introduce, and every vote I take – through this lens.

For most of our history as Americans, marriage was an institution not regulated by or touched by the federal government. All that ended about 100 years ago. Ever since then, we have had to deal with how marriage and the government’s treatment of marriage impacts our lives.

In South Carolina, regulation of marriage was inserted into the state constitution in 1895. This was long before women ever had a voice in the state legislature or the right to vote.

There are many who believe marriage should only be between one man and one woman. It is their right to believe so, and to act accordingly in any religious setting or institution. The government doesn’t have any place telling them otherwise, and religious liberty can and should be protected.

I don’t agree with this definition for federal law, however. We cannot adequately represent the interests of all South Carolinians if we neglect the rights of all of our citizens.

A gay marriage supporter waves a rainbow flag outside the U.S. Supreme Court in Washington on June 24, 2013. (Reuters)

The vote on the Respect for Marriage Act earlier this year takes these views and rights into account and protected the rights of everyone in South Carolina, no matter their beliefs on marriage.

I always have and always will support the right of any American to marry the person of their choosing. Any two people – regardless of their zip code, color of their skin, gender or sexual orientation should be free to marry and receive any of the rights and benefits associated with their union.

Having the right to marry the person you love is the very definition of freedom and liberty.

I love marriage. In fact, I love it so much I’ve already done it twice and am engaged for a third time. And if gay couples want to be as happily or miserably married as straight couples, more power to them.

But more importantly to our job in Congress, the benefits and rights under federal law, MUST allow gay couples to marry as well, or we are using a religious belief to discriminate against those who do not share the same belief.  And we certainly don’t want to go down that slippery slope.

This bill had bipartisan support in the House, including members of the Freedom Caucus and members of Republican leadership. If this bill becomes law, it will be an important milestone in protecting the rights of all Americans. I am a Christian woman engaged to a man and was previously married to a man. That doesn’t give me the right to tell others what their definition of marriage should be. Our Constitution says otherwise.

We should always stand for the rights of every citizen. Whether it’s our right to free speech, our right to lawfully own a gun, our right to privacy in our homes, or our right to be treated equally under the law. Congress’ job is to always ensure the rights and freedoms of our citizens is our first priority.