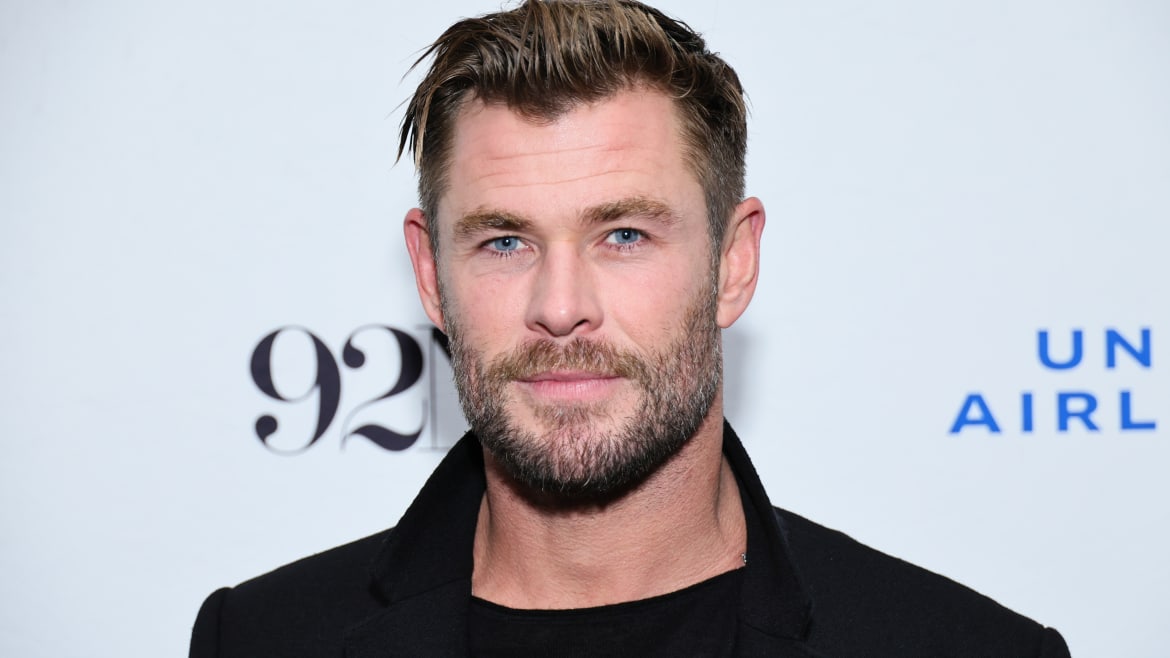 
Chris Hemsworth revealed on Friday that he has two genes that put him at a much higher risk for Alzheimer’s disease than the average person, but neurologists tell The Daily Beast that’s not necessarily cause for alarm.

The revelation came during a recent episode of Hemsworth’s National Geographic series Limitless, airing on Disney+, which purports to offer “fascinating insights into how we can all unlock our body’s superpowers to fight illness, perform better, and even reverse the aging process.”

In episode five, titled “Memory,” Dr. Peter Attia tells the Australian actor that he has two copies of the APOE4 gene, one from his mom and one from his dad. This, Attia says, makes it up to 10 times more likely that he’ll develop Alzheimer’s compared to the average person. Hemsworth is seen having a somber reaction to the news as he adjusts his posture and focuses intently on the doctor’s words. During a confessional filmed afterward, he says he was “floored.”

The information was apparently so sensitive that Attia called Limitless creator Darren Aronofsky to tell him that he’d rather break the news privately instead of on camera, Hemsworth told Vanity Fair, adding that the whole thing was “pretty shocking.”

Only about 2 to 3 percent of people have both copies of the gene, says Dr. Corinne Pettigrew, the leader of outreach, recruitment, and engagement at the Johns Hopkins Alzheimer’s Disease Research Center.

And it doesn’t mean Hemsworth is guaranteed to develop the illness.

For starters, a crash course on the gene might be helpful. The gene for Apolipoprotein E, or APOE, tells your body how to make the protein of the same name, which helps to metabolize fat and carry cholesterol through your body. The gene comes in variations, or alleles, APOE2, APOE3, and APOE4.

The APOE4 gene carries the “worst possible risk for Alzheimer’s disease,” says Dr. Lawrence S Honig, a professor of neurology at Columbia University and the director of the New York State Center of Excellence for Alzheimer’s Disease.

An Oral Drug Might Repair Brain Damage Caused by Alzheimer’s

“It’s true that having one or two APOE4 does increase the risk, but it isn’t determinative, so we don’t usually find it useful to test for it except in a research setting,” Honig tells The Daily Beast.

Both Honig and Sam Gandy, a professor of neurology and the director of the Mount Sinai Center for Cognitive Health, emphasize that there’s a good chunk of Alzheimer’s patients—anywhere from one-third to half—that don’t have APOE4 genes at all.

“Not everyone with two copies develops Alzheimer’s,” Gandy says. “There are rare people who escape it. Diet and lifestyle are important.”

Also important is resistance to the gene’s worst effects, which some seem to possess in greater quantities than others. “They could be carrying what we call resilience genes,” Gandy says.

While the exact connection between APOE4 and Alzheimer’s isn’t established, studies show links between the gene and the buildup of amyloid plaques and tau “tangles,” both widely considered to be tell-tale signs of Alzheimer’s. The gene also disrupts the blood-brain barrier. “It’s important that proteins in blood be separate from proteins in the brain. People with this gene have a leaky blood-brain barrier,” Gandy explains. Additionally, APOE4 is supposed to create the protein that helps carry cholesterol. The myelin, an insulative layer that allows nerve cells to develop electrical properties to communicate with each other, requires a lot of cholesterol. The gene may “impair” how much cholesterol the myelin receives, Gandy says. A fourth connection is that APOE4 genes stimulate inflammation.

But with the disease being so tied to your genetic makeup, Honig is loath to recommend that anyone take a test like the one Hemsworth took.

Pettigrew agrees. While she’s seen estimates that say the risk for patients with two APOE4 alleles is 10 times greater than for people who don’t have them, “there’s nothing we can do at this point in time, that we know of, that would definitely stop or prevent dementia.”

Rapid Loss of Smell Linked to Higher Odds of Alzheimer’s

For Hemsworth, the star of Marvel’s Thor franchise, news that he carried two APOE4 alleles was all the more poignant considering that his grandfather is currently living with the incurable disease.

“I’m not sure he actually remembers much anymore and he slips in and out of Dutch, which is his original language, so he’ll be talking Dutch and English and then a mash-up and then maybe some other new words as well,” the 39-year-old told Vanity Fair.

Hemsworth says the news, and the show in general, forced him to reckon with his lifestyle and take a step back. He now plans to finish out his remaining contracts and take a “chunk of time off and just simplify.”

All told, the doctors agree that positive lifestyle changes like a heart-healthy diet, exercise, and regular social interaction can help someone stave off the worst effects of Alzheimer’s and other dementia-related illnesses, even when the risk seems high.

“Even if you can push it off by 10 years, that’s a huge increase in cognitive and functional time that you have,” Pettigrew says.

Honig adds that some of the drugs being worked on at the moment also offer some hope. One drug in particular shows that people with APOE4 could benefit more from its use.

“Having APOE4s—one or two—increases the amount of amyloid protein in the brain overall, but also in the blood vessels,” Honig says. “If you have more amyloids, the antibodies give you more side effects, but in the same way you get the side effects, it may mean that the antibody works better on the amyloid.”

There’s hope, but until these drugs are more thoroughly researched and hit a wider market, “You’re sort of stuck with your genes,” says Honig.