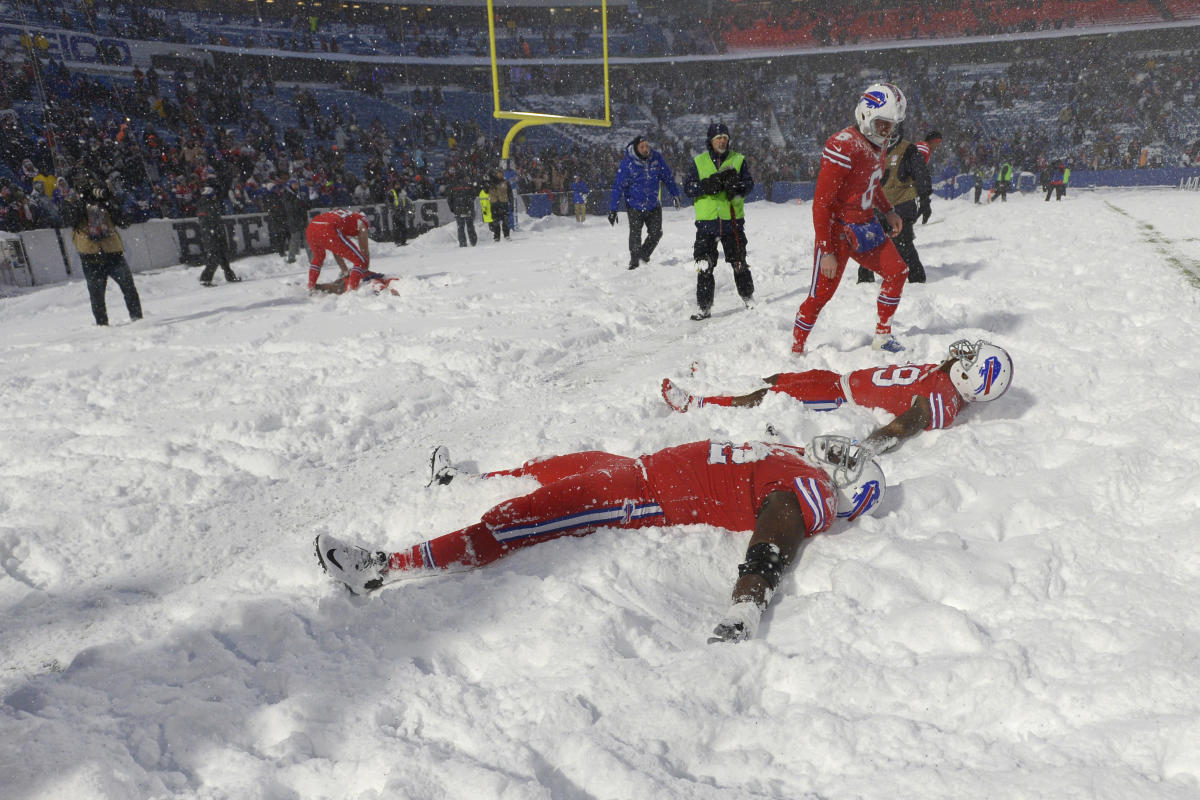 
ORCHARD PARK, N.Y. (AP) — The Bills home game against the Cleveland Browns is being moved to Detroit on Sunday because of a lake-effect snowstorm set to hit the Buffalo region, the NFL announced on Thursday.

The move to relocate the game comes before the storm even began. The forecast is for between one to three feet of snow on the region through the weekend. The switch in sites means the Bills will play back-to-back games in Detroit. They’re scheduled to play the Lions on Thanksgiving.

The league made the decision out of safety concerns, and in consultation with the Bills and local and state officials.

The National Weather Service has issued a lake-effect storm warning lasting through Saturday morning for southern Erie County, which includes the Bills home in Orchard Park. The storm is projected to bring wind gusts off Lake Erie as high as 35 mph, which will make travel conditions hazardous and lead to potential power outages.

Ticketing details were not immediately available for fans wanting to travel to Detroit, and for fans who were scheduled to attend the game in Orchard Park.

The Browns prepared for the possibility of a venue switch by putting together two offensive game plans: one outdoor, one indoor.

“We will be ready for both,” said offensive coordinator Alex Van Pelt. “That’s one thing that COVID years have done for us, we are very flexible and used to adapting and adjusting to any circumstances that come up.”

With the potential for playing in wind and blowing snow, Cleveland was set to rely on its running game with Nick Chubb getting enough carries to even satisfy those Browns fans who criticize coach Kevin Stefanski for not giving the ball to his star back on every play.

Now, a game inside Detroit’s warm-and-cozy stadium will allow the Browns to use their complete playbook.

Trouble is, so will the Bills and with quarterback Josh Allen, Buffalo has a distinct advantage over a Cleveland defense that hasn’t delivered all season.

The Bills had a home game moved because of a snowstorm in November 2014, when they defeated the New York Jets 38-3 in a game played at Detroit’s Ford Field. The game, originally scheduled for Sunday, was also pushed back to Monday to take into account both teams traveling.

Buffalo left for Detroit on the Friday, where the team spent the weekend practicing at the Lions facility. The Bills arranged for snowmobiles to pick up some players who were unable to dig their cars out of the snow in order to get them to the airport.

This time, the NFL was unable to push back the date of the game because Buffalo is already facing a short week.

Like Buffalo, Cleveland has had its fair share of rough-weather games. And while players are concerned about the safety of everyone, the prospect of playing in a “snow bowl” is appealing.

“I would love it,” said Pro Bowl left guard Joel Bitonio. “But obviously people’s safety and the city of Buffalo. But it would be great. I grew up in California and didn’t see snow much. I was in college at Nevada, which gets snow.

“You dream of a snow bowl, a game where you get tackled and make a snow angel, things like that. It might not be as glamorous as your dream.”

The Browns and Bills played a memorable snow game in Cleveland in 2007. Aiming for the goal line pylons in blizzard-level winds, Browns kicker Phil Dawson somehow made two field goals and the Bills snapped the ball into the end zone for a safety in Cleveland’s 8-0 win.

The Bills last played through a lake-effect storm in December 2017, when they defeated the Indianapolis Colts 13-7 in overtime in a game played in near white-out conditions. The storm didn’t hit until about an hour before kickoff.

“It was surreal. You come in the tunnel the grass is green, when you come back out it’s two feet of snow,” Bills safety Jordan Poyer said. “It was probably one of the most fun games I ever played in, so hopefully we’ll make some more memories this week.”