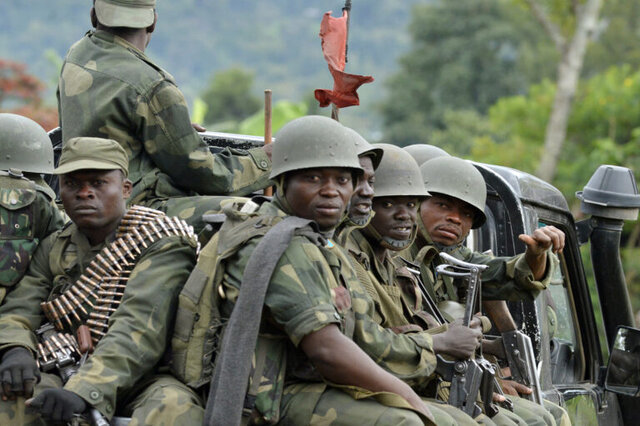 
Goma – The commander of the East African Community’s military force in the Democratic Republic of Congo (DRC) vowed on Wednesday to protect Goma, a key eastern city threatened by advancing M23 rebels.

“No one will take Goma,” said Kenyan General Jeff Nyagah, the commander of the seven-nation bloc’s military force in the volatile east of the country.

“We are here to protect the city and the airport,” he added at a news conference in the commercial hub of about one million people.

About 100 Kenyan troops arrived in the city over the weekend, as part of a new East African Community (EAC) military operation aiming to stabilise eastern DRC.

East African leaders agreed to establish a military force for eastern DRC in April, but its intended size and scope remain unclear.

Nyagah told reporters that the EAC force was “an intervention force” rather than a peacekeeping force.

But he added that finding a political solution to the crisis and disarming rebels would take priority over fighting.

“Those who fail or refuse to voluntarily disarm, then we’ll go for them,” the general said. “We have no doubt about that in our mind.”

The deployment of troops from the EAC bloc comes as M23 rebels have surged across the DRC’s North Kivu province, capturing swathes of territory in recent weeks.

On Wednesday, the rebel group announced that it had captured Kibumba, a settlement about 20 kilometres (12 miles) from Goma.

The DRC’s army has not yet officially communicated on the rebel advance.

But an army official who spoke on condition of anonymity confirmed that soldiers had fled Kibumba.

“They have arms that rebels cannot have, this is a professional army we’re fighting,” the official told AFP.

A mostly Congolese Tutsi group, the M23 first leapt to prominence in 2012 when it briefly captured Goma before being driven out and going to ground.

The group re-emerged late last year, taking up arms again on claims that the DRC had failed to honour a promise to integrate them into the army, among other grievances.

The crisis has cratered relations between the DRC and its smaller central African neighbour Rwanda, which Kinshasa accuses of backing the M23.

Despite official denials from Kigali, an unpublished report for the United Nations seen by AFP in August pointed to Rwandan involvement with the militia.

Rwanda, for its part, accuses Kinshasa of colluding with Hutu militants who fled across the border after the 1994 Rwandan genocide. The DRC denies this.