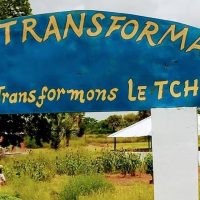 
Violence in Chad, sparked by postponed elections and a crackdown on opposition political parties, has led to a call for human rights protections and a full inquiry into the deaths of at least 50 people last week in N’Djamena.

Although Prime Minister Saleh Kebzabo, speaking on behalf of the transitional military government, has promised a judicial commission to ensure accountability for the deaths, The Human Rights Watch (HRW) organization says it’s concerned the measure will not lead to justice.

“The transitional government should ensure that its security forces refrain from unjustified and disproportionate use of force during demonstrations and respect the fundamental rights to life, bodily integrity, and liberty, as well as those of assembly and peaceful protest,” said HRW in a statement.

Chad is currently governed by Mahamat Idriss Déby, leader of the transitional council, following the death of his father, Idriss Déby. The 68-year-old former president was killed in April 2021 during clashes with armed groups just days after his reelection.

The transitional government has promised to return authority to civilian leadership within 18 months, and a national dialogue began in August. Yet Mahamat Deby will now stay in power for an additional two years, announcing earlier this month that elections are postponed until October 2024.

Meanwhile, opposition parties and leaders have been met with increasing levels of suppression, including the arrest and detention of at least 140 people in September. Some put the total much higher and say opposition leaders, journalists and human rights activists are taken to a prison at Koro Toro, a charge denied by officials in Chad.

“At least 500 members of our party were arrested. That’s just for our party, not the civil society people or human rights activists, so many others have been arrested too,” said an unnamed leader of the Transformers, the main opposition group, after fleeing the county.