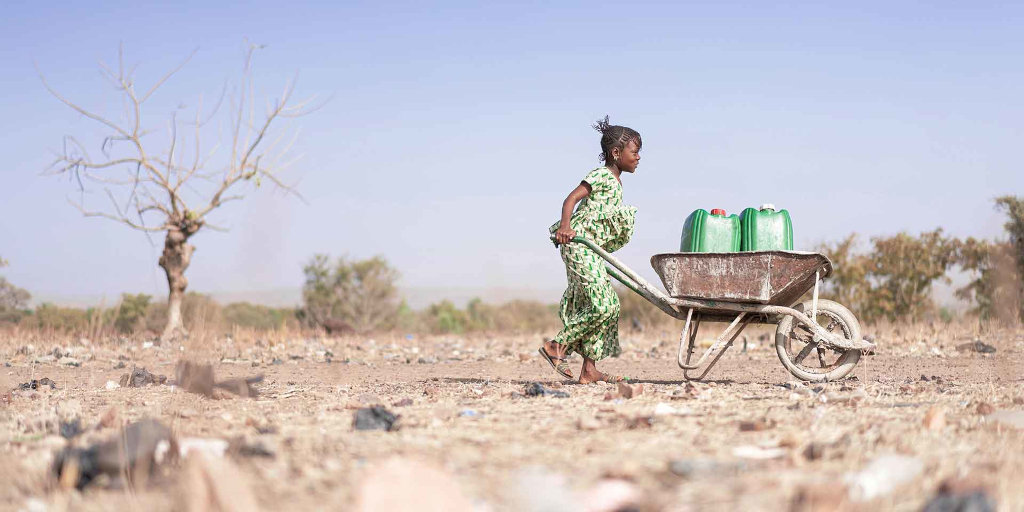 By Mounir Bari and Sébastien Dessus

Natural disasters are occurring with greater frequency and severity in Africa, with floods and droughts particularly devastating. Given governments’ growing fiscal constraints, the private sector has an essential role to play, and interest in, ramping up adaptation investments that will help Africa adjust economically to the new climate reality.

A solar-powered crop irrigation system that prevents harvests being decimated by droughts. Crop insurance that guarantees farmers a livable income if yields dramatically drop due to a weather-related event. When we think of priority actions to be taken to adapt to climate change, such examples may not be the first things to spring to mind – but should be, argues the IFC in a new Africa-based study that shows what the private sector could gain by making investments that reduce the damage caused by climate-change induced natural disasters.

While climate change causes many types of natural disasters, including biodiversity loss, landslides and wildfires, this study focuses on the most frequent and economically damaging to infrastructure and livelihoods, namely floods and droughts. Among the 43 African countries analysed, all of which experienced at least one drought or flood since 1990, the study finds that there are up to $100 billion in total in potential upfront adaptation investment opportunities, or $5 billion a year, between now and 2040. This is an upper bound estimate, contingent on the investment being commercially viable with the necessary technologies available and a favourable investment climate.

One perhaps surprising takeaway from the research is that many of the most promising investment opportunities lie in low-income countries including Eswatini, Malawi, Namibia, Niger, and Mauritania. In each of these countries, potential commercially viable investments could amount to over 1% of their GDP in the initial year.

In approaching this topic, IFC departs from many previous climate adaptation estimates, which are costs-based or focused on investments traditionally driven by the public sector – overhauls of energy or transportation infrastructure, for instance. In addition, the estimates include a clear definition of investments covered and methodology used, something other studies often fail to disclose. With African governments’ budgets stretched and little fiscal space, public investment will not be enough to meet the continent’s climate adaptation needs, further underscoring the need for private sector investments.

No continent has been more impacted by climate change-induced natural disasters than Africa. Between 1990 and 2019 Africa suffered 1,107 floods and droughts, leading to 43,625 deaths and at least $14 billion in damages to crops, livestock, and property. The devastation has been greatest even though Africa is also the continent that has contributed the least to climate change, responsible for only 3.8% of global greenhouse gas emissions.

Private operators will only stay invested if they see a return

Rain-dependent agriculture, a significant part of Africa’s economy, is especially vulnerable to climate change-induced natural disasters such as droughts and floods. Many climatologists are projecting that extreme weather events will become more common and severe in the coming years. Accordingly, more investments are needed to adapt to the new reality. Such investments can be both incremental in nature, like planting more weather-resilient crop variants, or transformative, like helping farmers transition to areas of agribusiness that are less vulnerable to natural disasters.

Too often climate adaptation is viewed through the prism of how much an investment in a specific resilience-building measure will cost a company or country. Unfortunately, research into how much these investments save a country in the long term has been far more limited. Also largely overlooked to date has been the commercially viable investment opportunities that climate adaptation actions can create for the private sector, an important consideration given that private operators will only stay invested if they see a return. This study seeks to bridge this knowledge gap.

In estimating, at a country-by-country level, potential upfront investment opportunities, a long-term return on investment of 8% is assumed, which is a threshold IFC uses when considering whether to greenlight new investments. For the purposes of the study an assumption was made too that floods and droughts in Africa will stay at current levels between now and 2040 although as previously noted, it is quite likely they will become more common and severe and so the investment need will likely turn out to be even greater in most countries, in proportion to the increased severity of natural disasters.

The study provides disaggregated calculations for floods and droughts. While floods tend to have a more damaging economic impact on affected populations as single events, droughts have been more common in Africa during the period studied (1990-2019). Cumulatively, droughts and floods have respectively lowered African countries’ GDP levels by 0.7% and 0.4% since 1990 on average.

Action on climate adaptation in Africa is an area with significant investment risks, real and perceived, which can serve as a disincentive for investors. These include uncertainty over the frequency and severity of future natural disasters and difficulties in accessing adaptation technologies and long-term financing in many of the economies examined. This is where development finance institutions like IFC can play a role by fostering more investment-friendly environments. For example, they can devise risk-sharing facilities that encourage the private sector to invest more in green technologies, as well as climate-smart and disaster-resilient platforms, infrastructures, and services.

An example of an initiative IFC has already taken to support private investment in climate adaptation is Netafim, a company that specialises in micro-irrigation technologies which has installed solar-powered drip-irrigation systems in parcels of land across farms in Niger. As well as receiving the necessary equipment, farmers have received training in how to use the irrigation systems, while local dealers, suppliers, and engineers benefited through involvement in selling, distributing, and maintaining the solar pumps and irrigation systems. Niger, a low-income country with an economy heavily dependent on agriculture, is highly vulnerable to droughts and floods that can be devastating to harvests. Severe flooding in the 2022 rainy season has claimed around 200 lives and destroyed over 30,000 homes.

Sébastien Dessus was Manager of IFC’s Regional Economics Unit for Africa when he co-authored this article and now manages the Global Trade and Regional Integration Unit at the World Bank. He holds a PhD in economics and has published extensively on growth and environmental issues.

This article was first published by the IFC.