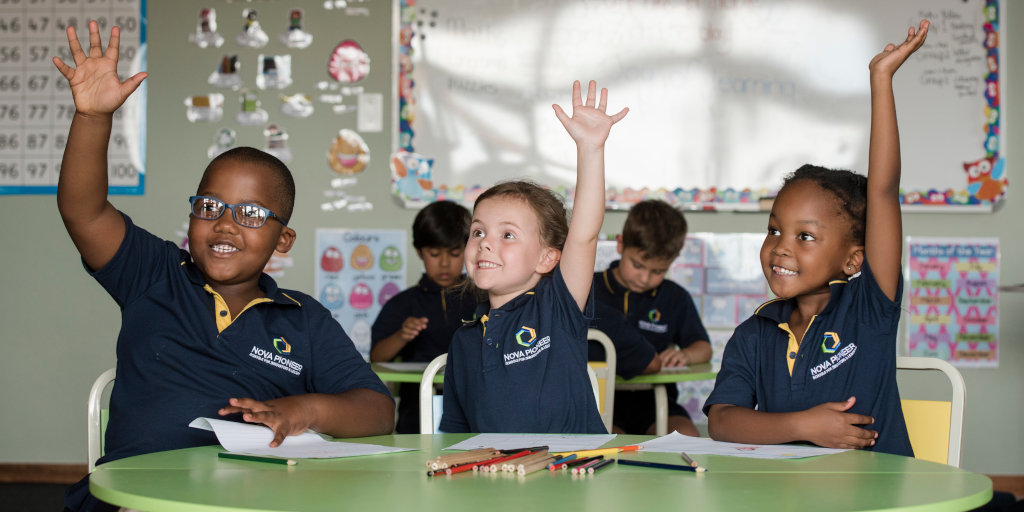 Nova Pioneer has 14 schools across South Africa and Kenya.

Nova Pioneer provides preschool to secondary education through its network of schools in South Africa and Kenya. Chinezi Chijioke, CEO and co-founder, speaks to Jeanette Clark about building the business, demand for private education in Africa and the impact of inflation on the group.

Chinezi Chijioke’s family relocated from Nigeria to the United States when he was 11. During his middle-school years, he developed a passion for teaching. As a teenager, he decided he would one day be part of a team that built quality education institutions on the African continent. “I did not know whether that would be in a school, a university, or even afterschool clubs, but I knew it was what I wanted to do,” Chijioke says.

He became a teacher, then an education consultant for McKinsey, and in 2013, he co-founded what would become a pan-African private school network, Nova Pioneer.

Willingness to spend money on education

While Chijioke worked for McKinsey’s education practice office in South Africa, they researched consumer spending trends. It showed that in some major African cities, people spent around a quarter of their total family income on education. “It was the single largest category after housing and food.”

This willingness to invest in education and an increasing openness to consider types of schooling outside the public school system revealed a market for what he had always hoped to create.

Chijioke and his co-founders – Damany Gibbs, Oliver Sabot, Chris Khaemba and Josh Elder –  established Nova Pioneer in 2014. The company set its sights on opening a school in South Africa within the first year and adding 99 more across Africa within the next decade.

Using capital from the founders and tapping into personal networks for start-up funding, the team offered a few educational programmes outside of regular school terms to test the model. During this time, they engaged with a group of Kenyan entrepreneurs with similar dreams. The two legal entities in Kenya and South Africa opted to merge under a new holding company.

The team spent the Thursday and Friday before the very first open day scrubbing bathroom floors, dusting cobwebs and polishing floors at Ormonde. On the Saturday, they showed families around the grounds, sharing their vision. “We were still in negotiations for the lease; fortunately, the landlord had given us permission to start marketing,” remembers Chijioke.

For those first families, enrolling was a leap of faith, Chijioke says, entrusting their children’s education to such an unknown entity. He recalls one family member looking at him and saying: “I believe in what you are doing.” Their conviction in the benefits of a different approach to education was what resulted in the enrolments. “We had a strong first year of enrolments and it grew from there.”

Nova Pioneer offers the national curriculum in Kenya, with an adapted method of instruction that is holistic and based on inquiry-based learning and on character development. In South Africa, the company settled on the Cambridge curriculum, confident that it provides academic rigour and global benchmarking as well as pathways into local and international tertiary institutions for graduates.

Establishing a new school is capital intensive, says Chijioke. The company uses property financing or works with property development partners to acquire and construct the physical buildings it requires, opting not to use equity funding for this purpose. Outside of South Africa, however, Nova Pioneer has found property financing has been a greater challenge and does consider other types of funding.

As enrolment climbs and additional grades are added, the revenue generated helps it to become self-sustainable. In South Africa, Nova Pioneer’s fees range between R30,000 (US$1,600) per year to just under R80,000 ($4,400). While this is more than most public schools and entry-level private institutions in the country, Chijioke believes it compares well to other leading independent schools, and particularly those offering the Cambridge curriculum.

Chijioke says the global economic woes reflect in operations; several parents and families struggle to cope with inflation. As far as possible, the schools strive to keep any increases as low as possible. “Unfortunately, we still have to implement inflation-related fee increases as we also experience cost pressures but we try to mitigate this as far as we can. We have even sought to work with financial services providers to find innovative solutions or insurance products to protect families’ school continuity in case of temporary economic hardship.”

Looking back, Chijioke is happy with their growth and chuckles at the overly-ambitious goal they set for 100 schools in 10 years. “We currently have 14 schools, and our next horizon is getting to 30 and expanding into more locations,” he shares.

Instruction is 70% of successful education

“Finding the right educators can be tough unless you have a strategy,” says Chijioke. “Curriculum is around 30% of the picture for successful education. Instruction is 70%. We want to make sure our teachers and leadership provide a consistent education that is different and excellent.”

As such, Nova Pioneer appoints educators who are a culture fit and uses professional development programmes to support them to develop the competencies required for its chosen approach to educational instruction. It creates career pathways for new educators to grow in instructional leadership, aiming to attract and retain talent in this way. Progression is based on competence – which is regularly evaluated by the deans and school leaders – rather than tenure or certification.

The network has around 6,000 students currently and has enjoyed annual growth of around 25% since 2018. During 2020 and 2021, the pandemic slowed the enrolment growth rate, but it remained positive. The company considered an online or distance learning model when lockdown restrictions impacted attendance; but, for the moment, has opted not to pursue it.

“There are relatively few examples where fully online schools achieve academic or fiscal success,” Chijioke says. However, he adds they do see an opportunity with hybrid models, and particularly in using technology to open up collaboration possibilities across its network; for example, offering a virtual Kiswahili course out of Kenya that supports South African students who would like to learn the language.

In the next three to four years, Nova Pioneer wants to expand into a new province in South Africa, a new city in East Africa, and to West Africa.